Now affiliated to the International Association of Geomorphologists, the primary objectives of the IGI are: • to bring all Indian earth scientists dealing with geomorphology and allied disciplines on a common platform; • to hold annual conferences in different parts of the country; • to publish a research journal; • to encourage young scholars in doing research in geomorphology; and • to give emphasis on researches related to human society and its welfare viz. environmental geomorphology, urban geomorphology, environmental hazards and their management on different spatial and temporal scales.

ANNUAL CONFERENCES: The Conference of the Indian Institute of Geomorphologists (IGI), organised uninterruptedly since 1988 in different parts of the country, is a major academic event in the Erath Science calendar of India. The academic exchanges of the IGI conferences go a long way in providing direction to the path of research in Indian geomorphology. The details on the previous conferences can be seen here. Some of the available Abstract Volumes of the past meets can also be downloaded. In November 2017, IGI hosted the 9th International Conference on Geomorphology at Vigyan Bhawan, New Delhi. The meet was attended by 477 delegates from 47 countries.

JOURNAL OF INDIAN GEOMORPHOLOGY is the annual publication of Indian Institute of Geomorphologists. Past issues of the Journal can be accessed here. The Journal welcomes research papers and review articles on any aspect of geomorphology and its allied disciplines. Submission of books for reviewing is also accepted. All manuscripts received will be reviewed by referees. Please go through the Guide to Authors thoroughly before submitting an article.

Geomorphology is the area of study leading to an understanding of and appreciation for landforms and landscapes of all scales, including those on continents and islands, those beneath the oceans, lakes, rivers, glaciers and other water bodies, as well as those on the terrestrial planets and moons of the solar system. Geomorphologists frequently profess to innate aesthetic appreciation for the complex diversity of Earth-surface forms, and, in this regard, a fitting definition of geomorphology is simply ‘the science of scenery’. Originally evolved as a sub-discipline of Geography, Geomorphology has now emerged as an important part of Earth Sciences that significantly contributes to the understanding and management of a large number of environmental issues. Geographers, land use specialists, geologists, hydrologists, engineers, oceanographers, environmental scientists, ecologists and archaeologists are increasingly using geomorphological concepts and techniques to address them.

RELEVANCE IN INDIA: With its mountains, plateaus, deserts, floodplains, wetlands and deltas, India possesses great geomorphological diversity. India is also the second most populated country of the world. In order to supply food and shelter to its inhabitants, pressure on its land is increasing continuously. This, coupled with human-induced global climate change, is accelerating and altering the existing geomorphic processes, and is leading to increase in the frequency and magnitude of geomorphic hazards — flood, drought, desertification, salinisation, siltation, coastal and riverbank erosion, landslide, shrinking glaciers, rising sea level, depleting groundwater, etc. Geomorphologists have a special role to play in addressing, managing, and where possible, reversing these trends. Some of the major and emerging subject areas of Geomorphology are as follows.

The core of Tectonic Geomorphology lies in the interaction between the earth’s internal (tectonic) processes that form the geological structures like folds and faults, and the surface processes like weathering and erosion. This gives us a better understanding of how the surface of the earth evolves in regions of active tectonics. During the past few decades, the emergence of new dating and geomatic techniques, leading to better reliability of past climatic records and paleoseismological evidences, have gone a long way in determining rates of crustal movements and the age of landscape features. 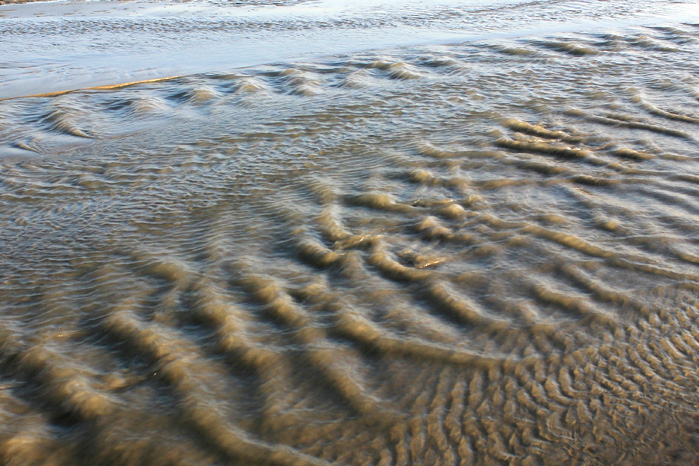 Wind, flowing water, and moving ice — all bring about changes in Earth’s surface, as do the plants, animals, and humans. Powered by the Sun, each of these ‘agents’ of geomorphic change has its unique set of processes through which it transforms landscapes and leaves its signature. The process–landform relationship is the basic foundation for the quantitative assessment of geomorphic systems. Formulation of mathematical models through rational deduction and empirical analysis of observed data, to relate energy, mass, and time is the ultimate goal of process geomorphology. The outcome of such analyses forms the key component in managing geomorphic hazards.

In order to fully understand the dynamics of any geomorphic system, it is important to have some knowledge of how that landscape developed through time. Archaeological, palaeoclimatological and palaeoecological datasets are often utilised to supplement geomorphological investigation. Inferred connections between past geomorphic and climatic processes are obtained from proxy indicators, which are indirect forms of evidence that can be used for palaeolandscape reconstruction. Dating of sediments, analysis of isotopic composition of the sediments and water, and other upcoming geochemical methods are providing exciting new data and perspectives on the landscape evolution, including the rates of processes over time and space, especially when related to the other available proxy data on climate and tectonic histories. Reconstructed landscapes of a specific time period also benefit archaeology in relating past human activities to a specific set of environmental variables. Identification of palaeochannels and reconstruction of their palaeo-hydrology and environmental history have helped in finding new sources of potable water, as well as placer deposits.

High resolution data from planetary surfaces of solar system collected by satellites, landers and rovers are providing us with wide range of data to allow the identification of active and relict geomorphic features. Some of the landforms appear similar to those on earth, which have encouraged scientists in many different fields, including physics and chemistry, to understand their modes of evolution through modelling efforts, which in turn have enriched our knowledge of earth surface processes. There are issues related to differences in denudation rates, landform scale and geomorphic processes, which call for more intense research in this challenging field of geomorphology. 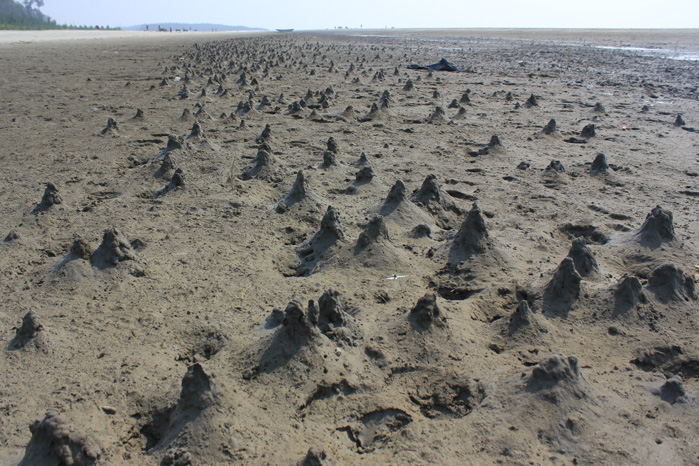 Biogeomorphology, as an interdisciplinary field, acts as the perfect coupling between the geomorphic and ecological components through feedbacks of differing strength and importance. Environmental management, on the other hand, is a multi-layered social construct, which investigates geomorphological processes and forms under the influence of human-environment interactions. A major share of research in contemporary geomorphology incorporate these dynamic bio-physical interactions with human activity, in order to predict the response of landscapes to human disturbance and climate change.

Geoinformatics is an integration of science and technology that deals with acquisition and manipulation of geographic data, transferring it into meaningful information using various analytical and visualization techniques, for making better decisions. With innovations in the field of remote sensing and navigational systems, the application of geoinformatics in geomorphology has gained a wider spectrum. For understanding the spatiotemporal characteristics of the landscape, mathematical algorithms are now being increasingly used for the retrieval, analysis, reasoning and modelling of geomorphological patterns and processes.

The changes caused by urbanisation results in feedback mechanisms that produce a variety of distortions and maladjustments in the land-water ecosystem, whereby man changes the environment in creating a new anthropogenic ‘cityscape’. Geomorphologists contribute to the evaluation of resource potential and landuse planning of urban areas and can also monitor geomorphological process–response systems and their changes following urban development.

The role of geomorphological service in the sustainable management of natural resources has been less clearly elaborated as a focus area for geomorphology, but has immense importance, especially in a multi-disciplinary mode of research, where a geomorphologist provides the thread to integrate the different fields of research involved. Services generally relate to the geomorphological interventions to assist in the development plans for agriculture and landuse planning, urban development, habitat protection, soil conservation, watershed restoration, and coastal management. Process-based intervention requires the planners to have a better understanding of the dynamics and sensitivity of the geomorphic systems in maintaining the balance between and within the natural and human habitats.

Geologic or geomorphologic elements of nature can qualify as geomorphosites, if they are worthy of being conserved as a natural heritage. Many of these sites are already modified, damaged or partially destroyed by human impacts. The new interest of the scientific community for these geomorphological heritage sites call for a need to recognise and categorise these by assessing their scientific, cultural, aesthetic, social, and economic values. Popularisation of the geomorphosites can be achieved through geotourism, which promotes visits to locations, conservation of geo-diversity and an understanding of earth sciences through appreciation and learning. 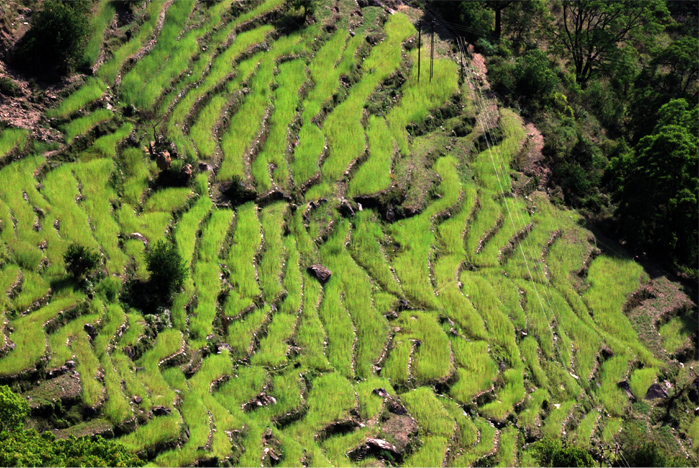 Considering the profound and large-scale changes the humankind has made on the landforms and land-forming processes world over since the Twentieth Century, a new sub- discipline of geomorphology, termed ’Anthropogenic Geomorphology’, has been proposed to study the nature and direction of changes made in the landscape, their long-term implications for the human society and environment, as well as feedback to the earth’s environment. It has been estimated that with the increase in human population and introduction of new technologies, at least one-third of the Earth’s continental surface is now experiencing direct or indirect anthropogenic geomorphological activity. Anthropogenic Geomorphology links Geomorphology to major environmental issues and human concerns. It analyses the role of humans in creating landforms and modifying the operation of geomorphic processes. Some landforms are produced by direct anthropogenic actions and are created deliberately. These include landforms produced by construction, excavation, hydrological interference and military activities. There are also situations where, through a lack of understanding of the operation of geomorphological systems, humans have indirectly altered landforms and processes and thereby have caused a series of events which were neither anticipated nor desired. 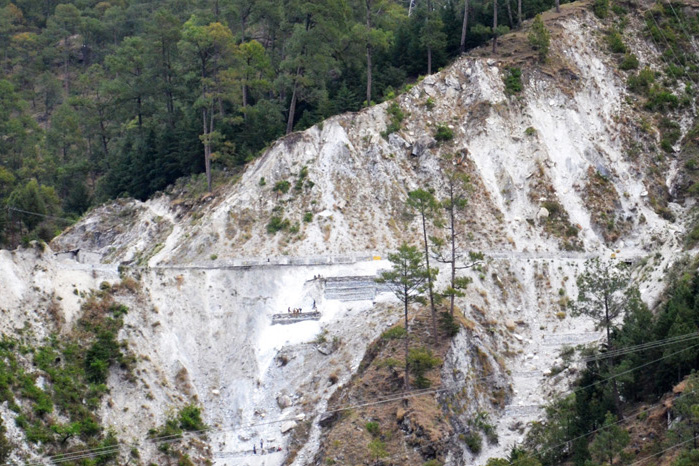 The magnitude-frequency concept in geomorphology helps to explain the non-linear dynamics of geomorphic systems. Occurrence of high-magnitude events like extreme rainfall, tsunamis, catastrophic landslides, etc., are rare but significant events, which the scientific community often considered as spectacular but local anomalies. Geomorphology of extreme events opened a new way to study the significance of high energy events in the evolution of particular landforms and their imprints in the geological record. This branch of geomorphology aims to establish the place of extreme events in the geomorphic continuum